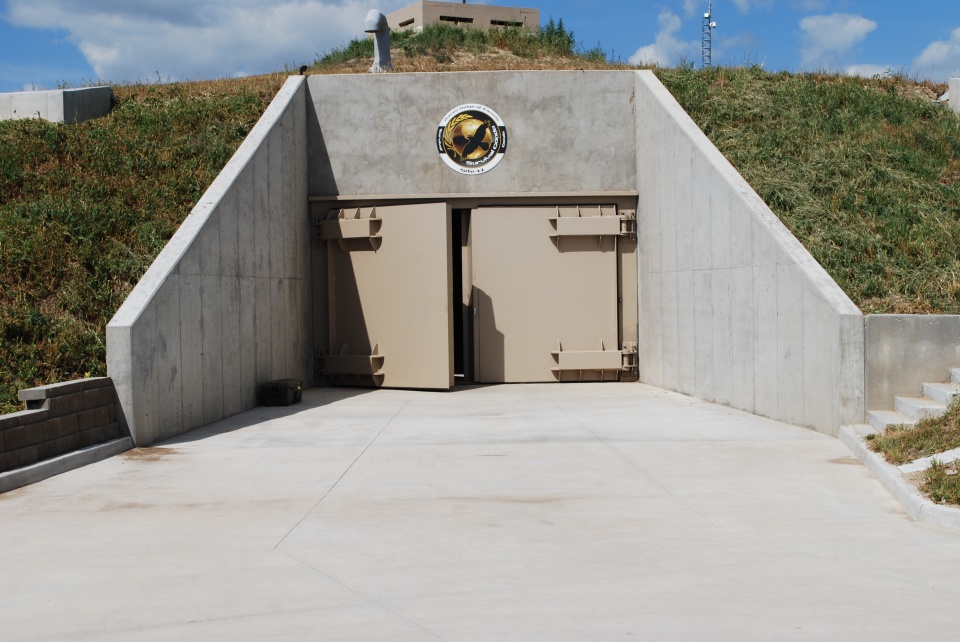 Larry Hall, an ex-US government contractor has built an underground anti-nuclear village capable of sheltering up to 75 people for at least five years – and they are for sale.

Rooms at this Survival Condo in America begin at $500k and come equipped with a virtual window. The place is the dream of any zombie apocalypse fan worth their rotten brain meat. Packed with the most luxurious facilities – such as a swimming pool and a gym for you to ignore – and a reverse osmosis machine capable of producing up to 10,000 gallons of freshwater per day.

Complete with a 75-meter swimming pool, full luxury spa and sauna, a movie theatre, lounge, gym, rock climbing wall, golf range, indoor shooting range, and even a dog park, this is the place to be when the next lockdown hits.

The underground village also has 15 floors and a fully-equipped classroom, a large Whole Foods-inspired supermarket, a medical centre, and an aquaponics lab where post-apocalyptic villagers can grow their own fruits and vegetables.

“The goal is to protect residents from a whole wide range of potentially world-ending threats from a nuclear war to a pandemic, meteor strike, and civil unrest,” he told The Sun.

“These are luxury, nuclear-hardened bunkers that are engineered to protect any resident both physically and mentally too.”

“If residents want to bring their own food they can too,” Hall said. “There are walk-in freezers where they can store their own goods. So, for instance, if we’re going to be locked down for seven years, they can bring with them seven turkeys to save for Thanksgiving.

“It’s just a question of what you want. It’s very flexible.”

Want your room customized with an underground mosque or a concealed subterranean helicopter hanger linked by a tunnel directly to your unit? No problem! It will cost you a bit more money, though, like it did to this customer who’s already purchased his customized room.

The silo conversion cost Hall more than $20 million, but what is money if compared to the safety of the human race?

Talking about the importance of maintaining residents’ psychological welfare, Hall explained: “It’s essential, we hired a psychologist that worked on the biosphere projects with Arizona State University and she’s a consultant for NASA and the European Space Agency for that matter.

“She was employed to tell us what we needed to do, because if you have idle time on your hands but you don’t have enough activities to keep occupied you start to build up different levels of depression.

“Some people call it cabin fever, but it’s essentially where you just shut down and stop functioning properly.”

Hall started out on his turning-silos-into-post-apocalyptic-self-sufficient-communes for only $300,000 back in 2008 when he purchased his first silo, an Atlas F. Intercontinental Ballistic Missile Silo. He certainly didn’t make that purchase on Amazon.