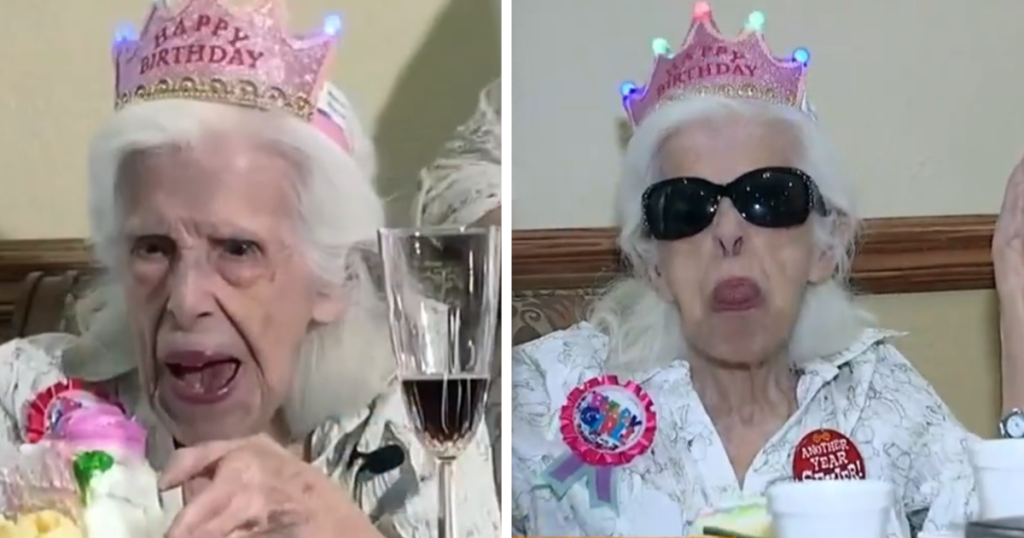 Some people find it difficult to even consider living to the end of the workweek, much less 101 years old.

However, a woman in Arizona who recently celebrated her 101st birthday does not feel that way. The endearing grandmother even said that tequila was responsible for her long life and happiness.

Mary Flip, a native of Chandler, Arizona, has witnessed life during the Great Depression and World War II, as well as 18 US Presidents and a time before television and smartphones. She was there long before we became obsessed with TikTok, Instagram, and YouTube, yet her feisty nature remains unabated.

Mary confessed to Arizona Family TV that she was born and raised in Illinois and that her mother passed away when she was a small child. Mary, who was just 15 years old, ended up being the only survivor of her family.

After turning 18, she relocated to Mexico, married, and led a tranquil life as a rancher, according to FOX Carolina. Then, after learning she was pregnant, Mary went back to the country and settled in Chicago.

Mary eventually gave birth to six children, developed as an artist, and even had her skills recognised by the Chicago School of Art.

“I really like to draw. And I was able to figure out that things change even as you’re drawing them. So, I was able to develop and make them look real. It took time but I had nothing else to do except raise a bunch of kids,” she told the outlet.

The centenarian responded when asked what her secret to a long life was: “Oh, my secret. Hmm, I don’t know… Tequila.”

After Arizona Family TV posted the article to Twitter, the social media platform was inundated with comments from people who wanted to wish Mary a happy birthday.

Another simply added ‘Say no more”