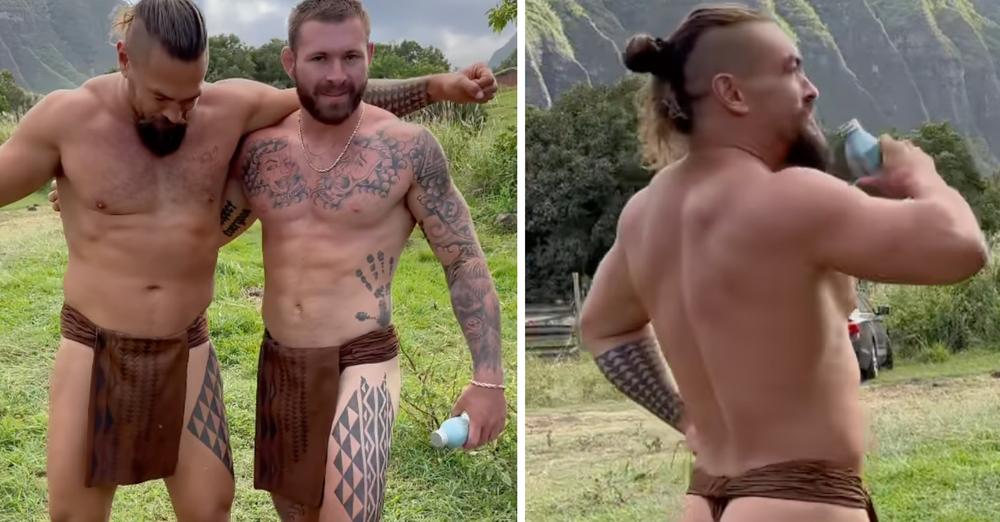 We were all in awe as Jason Momoa exposed his butt in a traditional Hawaiian malo.

The martial artist Gordon King Ryan and his partner Sonny were all included in a carousel of images and videos that the 43-year-old Hawaiian native uploaded on Instagram alongside himself.

Along with his post, “Had the pleasure of meeting these two badasses gordon and sonny. @gordonlovesjiujitsu we laughed and drank and they choked us all out. It was amazing. Welcome to my ohana. Can’t wait to see u again my friends safe travels. And goodluck [sic] world he’s gonna stay KING aloha j.”

The majority of the images and videos displayed some amazing combat prowess, but one particular photo caught everyone’s attention.

The tweet included a video of the Aquaman actor and his companion flaunting their incredible tattoo collection while wearing traditional Hawaiian malos.

“So my new bro, he’s fully Hawaiian now,” Momoa says. “He got tatted, he’s got his malo on, we got him drinking mananalu.”

“He’s full local now, look at that,” Momoa continued, laughing with Ryan as they turn to show off their behinds while taking sips of their drinks and admiring the greenery. “Appreciate that view, bro – see how good that view is?”

Just over a week ago, Momoa made an appearance on a Jimmy Kimmel show episode where he gave viewers another playful glimpse of his traditional garb.