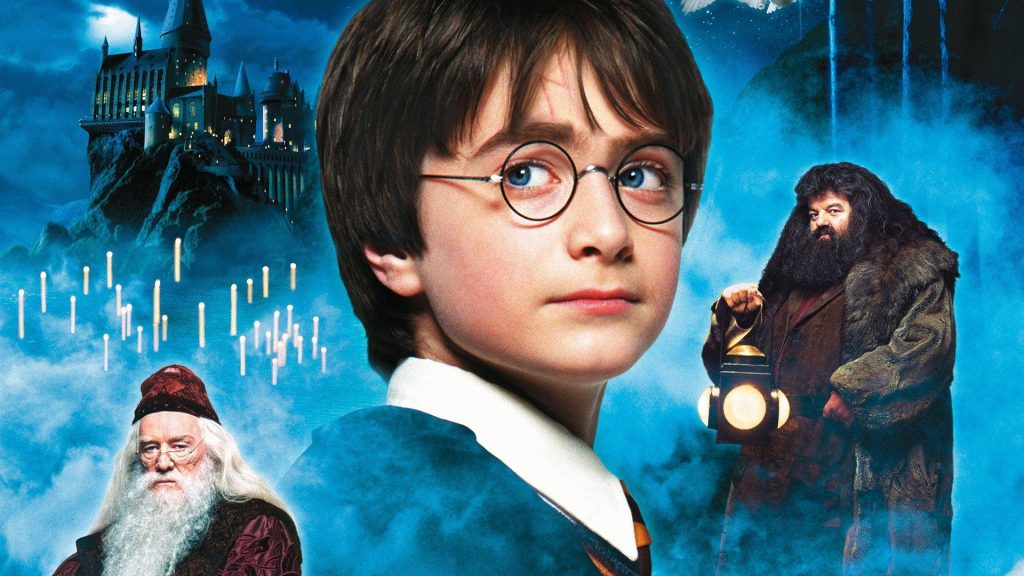 It’s the 20th birthday of the first Harry Potter film’s release in America and there are as many reasons to love HP as there are galleons in Gringotts bank.

The first film of the eight-part saga, The Sorcerer’s Stone, was released in America on 16 November 2001 and we are still obsessed to the point of celebrating.

J.K. Rowling is believed to be a billionaire. The little wizard’s eight-film saga is the second highest-grossing film franchise of all time making a staggering $7.7 billion in sales. The books sold more than 500 million copies. We just love, love, LOVE Harry Potter, there is no novelty there. But why do we love it so much?

To celebrate 20 years of this sick obsession we have with the Harry Potter saga, our cinephiles at Film Junkie have found 10 scientifically proven reasons we adore the world created by J.K. Rowling:

It feels as though, to be accepted into Hogwarts, you just need to meet the right people. If you are lucky enough to bump into one of the twins while wandering about London, maybe you will strike a conversation and eventually work your way into Hogwarts. Harry Potter and all the main characters are viscerally human. They have human faces and human feelings, they tell human stories of struggles. They are like us, except for that they just have that extra magical je ne sais quoi…

Imagine if He-Who-Must-Not-Be-Named were your cousin? It would be a challenge for whoever got him for Secret Santa. It would also be hard when the villain got perfume as a Christmas gift. More importantly, his interest in blood purity is a scary reminder of, well, “You-Know-Who”. Maybe Voldemort is actually real? Oh no…

3. It’s fancy we all want a bit of fancy in our lives

Hogwarts is modelled after British Boarding schools which are super posh so, although Hogwarts’ tuition is covered by the Ministry of Magic, it looks like a place for rich people. Real-life working-class students who empathise with Harry Potter and Ron Weasley, have always dreamt of attending that kind of school but, without the subsidy of the Ministry of Magic, it is unlikely. Instead of going to a boarding school, we watch Harry and Ron whilst trying to get ourselves a better job!

4. There are SO many details

Great storytelling is all about the details. From characters’ ethnic and social backgrounds to their sexual orientation, whatever is not in the books or films, can be found via J.K. Rowling’s shocking revelations on Twitter.

5. We haven’t read a lot of fantasy fiction so the bar is low

Don’t kill the messenger, this has been a discussion on Reddit since ancient times. To summarise the debate: some people say the characters are generic and that nothing sets the HP series above hundreds of similar books. We at Film Junkie say that the generic characters are what makes them relatable and that HP has brought fantasy to the mainstream. Pick your team and cast a transfiguration spell to turn the opposing group into frogs!

6. It gets children and non-readers into reading

Nobel winner J.K. Rowling is not, but her writing – regardless of how short her sentences and how simple her vocabulary – gets everyone excited. Besides, we are absolute fans of short sentences and simple vocabulary as it is accessible, clear and does what needs to be done.

7. Harry Potter is relatable because he seems like a loser but isn’t

Harry Potter is a poor and lonely orphan who was adopted by his working-class abusive relatives. But then he becomes awesome! Just like me: I’m absolutely useless now but wait until I get my place in Hogwarts and start casting spells all around.

Escapism has become a nasty word for the more intellectual types, but research has proven them wrong. The University of California Irvine firmly believes that reading fiction results in better doctors. Harry Potter can literally make you a better person.

Hogwarts’ Medieval Gothic architecture oozes prestige and class and that is the image the British have sold the world during the colonial empire. However, Britain is not only about afternoon tea and Oxford alumni, even if people still have that expectation. The HP world gives us the comforting impression that the evilest villain will dress pristinely and apologise before murdering you.

Magic, witchcraft, the supernatural fascinate us because they point to worlds unknown. In HP’s world, the most mysterious and feared folklore – witchcraft and monster and, well, classism – is presented through captivating characters. A vulnerable orphan with special powers who wears adorable round glasses is unlikely to be burnt at a bonfire. We will instead read everything ever written about him, visit all the parks created around his life story and purchase all the memorabilia available with his face in it.