Great White Bursts Into Shark Cage With A Diver Inside 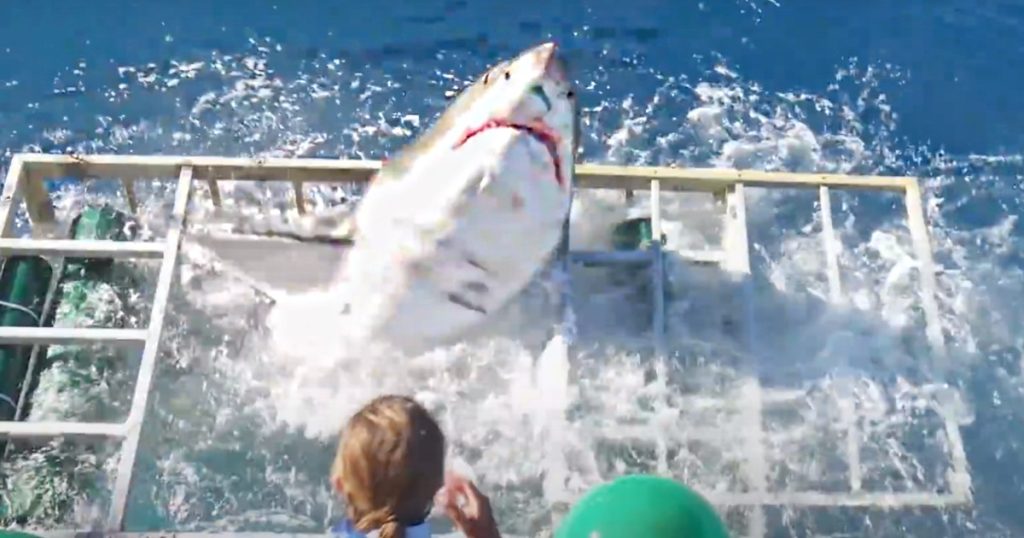 A great white shark managed to burst through the bars of one of the cages during a cage diving expedition off the coast of Isla Guadalupe, Mexico.

When the shark burst into the cage, diver Chan Ming was inside. The breach appears to have occurred by chance, as the shark lunged for a tuna and became stuck. When sharks lunge for food, they are known to close their eyes.

Because sharks cannot swim backwards, once inside the cage, the shark had nowhere to go. The great white flopped out after dive handlers quickly opened the top of the cage.

Thankfully, no one was injured.

Great White Bursts Into Shark Cage With A Diver Inside