Everything We Know About Hocus Pocus 3 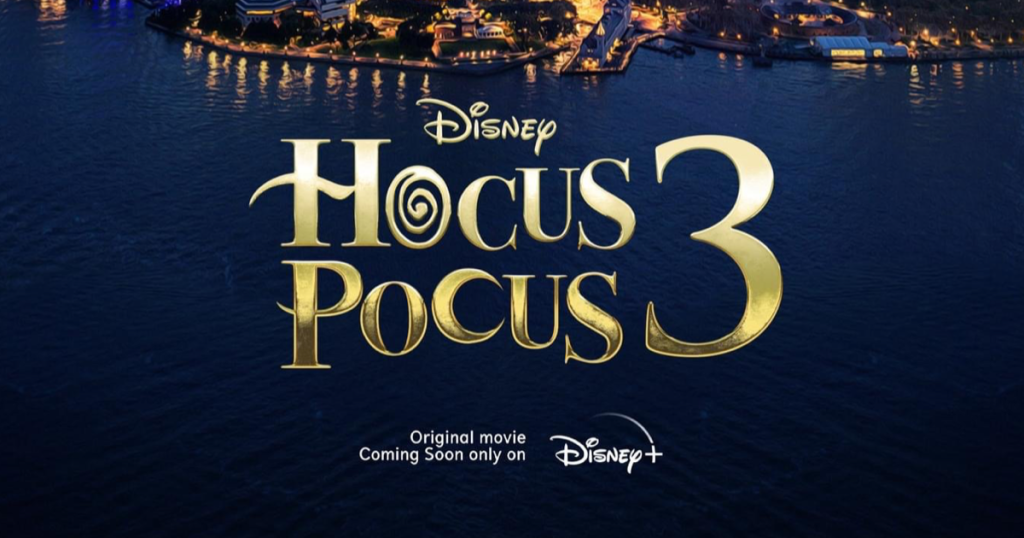 Will we see the Sanderson Sisters again again?

Disney hasn’t yet formally endorsed Hocus Pocus 3, but if Hocus Pocus 2‘s popularity is any indication, it very well may.

The sequel’s September 30 release made it the most-watched Disney+ movie premiere in US history. Since Halloween has here, there is little question that it will receive a whole new wave of views over the weekend. That success was simply based on its initial three days of availability.

Hocus Pocus 2‘s conclusion feels very conclusive, although there is a credit scene that leaves the door open for the Sanderson sisters to perhaps make another appearance. Don’t give up hope simply because the threequel hasn’t been confirmed; the sequel took 30 years.

When could Hocus Pocus 3 be released?

There is currently no release date for Hocus Pocus 3, as previously indicated, as Disney has not yet formally confirmed its existence.

If the sequel is a success, Disney could want to move quickly on another outing with the Sanderson sisters since we’d hope we wouldn’t have to wait another 29 years for another movie.

Even if it does, we doubt the third film will be released until Halloween 2024, and that’s if it is even confirmed. As soon as we learn more, we’ll update in this space.

Who will return for Hocus Pocus 3?

According to sequel star Whitney Peak: “They can always come back. It would be hard to create a third movie without the Sanderson Sisters, because it’s their movie. They are Hocus Pocus. It’s hard to imagine what a movie would be like without them,” (via EW.)

Najimy has hinted that they won’t ever say never, but she also claimed that the three enduring actors felt like they had completed the roles: “I feel like we’re done. We’ve pulled every story you could pull out of this. I guess, never say never, but I feel grateful that we got to do it again. I don’t know that there are plans for a third one.”

How does Hocus Pocus 2 set up a third movie?

Because Becca and her friend Izzy lit the Black Flame candle in the woods, the Sisters were resurrected in the second film.

Although the candle was extinguished at the conclusion of the film, another candle is shown in the post-credit scene. Gilbert’s (Richardson) cat is seen dashing throughout the store until stopping in front of a box marked “BF #2 candle,” which suggests there is a second candle.

The twist in this story is that the Sanderson sisters do not perish as a result of the curse that causes them to vanish at dawn on November first. Instead, the precise magic that Winnie uses to give herself complete control harms Mary and Sarah.

Winnie asks Becca, a new witch, to cast a spell to bring them together, but instead of doing so, it sends Winnie to wherever Mary and Sarah are, which is probably some type of afterlife.

Although it is unclear whether another Black Flame candle would be able to bring them back from the dead, doing so would undoubtedly weaken the emotional arc established in the sequel. If a third film is approved, we must hope that it will go in a completely different route.

Everything We Know About Hocus Pocus 3