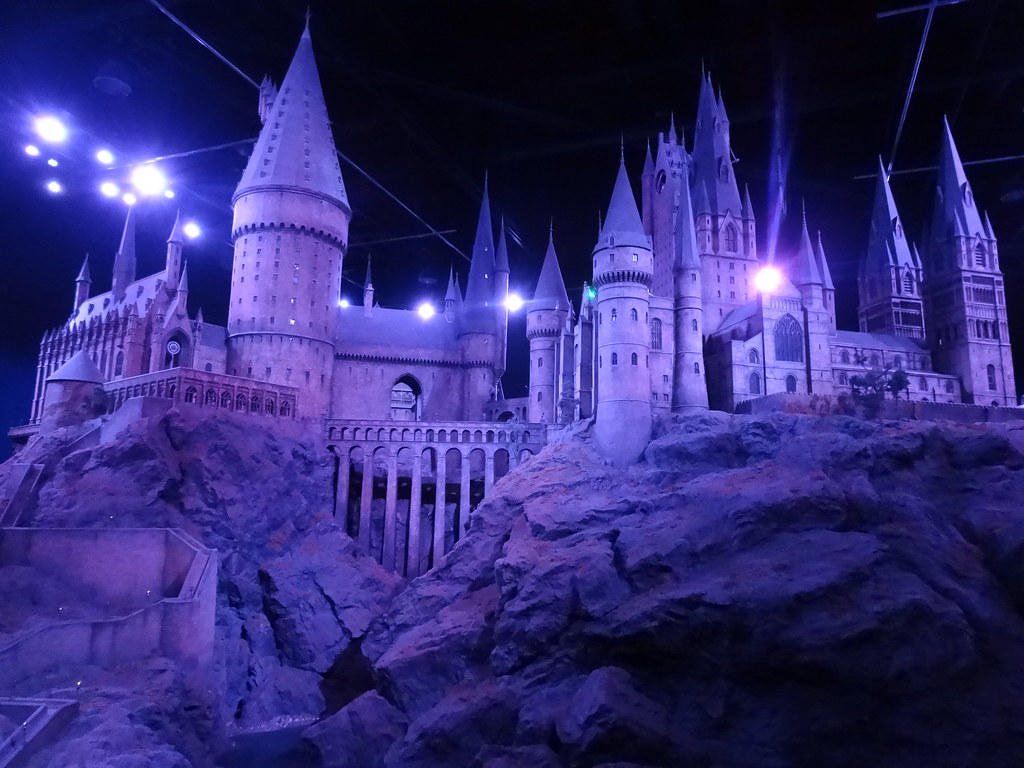 I hate to break it to you – but Hogwarts was never real, so unfortunately a visit to the School of Witchcraft and Wizardry is not on the cards. The good news? Harry Potter was filmed all over the UK, so you can take a trip to the locations of all your favourite scenes.

What Platform? Platform 9 ¾ of course! It’s pretty common knowledge that the Hogwarts Express departs from this fictional platform at Kings Cross St Pancras in London, but did you know there is a small homage inside the station? If you’re ever passing through, feel free to pose with the luggage cart that has begun to disappear through the wall into the world of magic.

All aboard the Hogwarts Express! You’ll probably recognise this picturesque railway as the route that young witches and wizards take to school every September. You can take a journey on the same steam train as Harry and his friends whenever you’re next in Lochaber, Scotland.

Visit Alnwick Castle in search of Madame Hooch, and become a broomstick-flying expert! You may be in luck, as this is where Harry first mounted a broomstick, and also where you could learn too. Alnwick Castle in Northumberland offers real Broomstick Training on its premises, making for a superb day out. Find out more here.

The UK’s most prestigious uni gives off serious Hogwarts vibes, so you won’t be surprised to know that certain HP scenes were filmed here. Oxford’s Divinity School doubled up as Hogwarts’ Infirmary and was the place where Ron Weasley ballroom dances with McGonagall. Oxford university’s libraries were used as the Hogwarts Library (if you couldn’t guess), and the corridors of the uni’s Christ Church College should be familiar too.

Professor McGonagall taught her students how to shapeshift in this very location, with filming taking place in Durham Cathedral’s Chapter House. More importantly, the courtyard here is where Ron Weasley vomited slugs. Gross, yet iconic.

Though the Leaky Cauldron isn’t actually a pub, you can visit where it should’ve been and fantasise about having a wizard tipple. Unfortunately, there aren’t any Diagon Alley delights to be found here – no wands, no owls, and no Nimbus 3000 – but you can always enjoy the muggle shops instead.

Complete with a cauldron, Lacock Abbey’s Warming Room was once Professor Quirrell’s Defense Against the Dark Arts classroom. Which class was held in the building’s Sacristy, I hear you ask? Snape’s Potion class, no less. This location is a hot-spot for important HP filming locations, as the Mirror of Erised scenes were filmed in the Chapter House too. Safe to say, if you’re in or around Wiltshire, you’ll want to make a stop off here.

If a tour of the UK sounds like a little too much effort – firstly you’re not a true Harry Potter fan. But there is a way you can avoid missing out on the fun, by seeing all the HP behind-the-scenes magic in one place. The Warner Bros Studio Tour in London is located where most of the on-set filming took place for the series, so you can technically see some real HP locations. Alongside this, there are plenty of props and costumes to gawk at.

Want a reminder of why you love Harry Potter? Read our top 10 reasons.

The Harry Potter cast is officially having a reunion. Find out more…