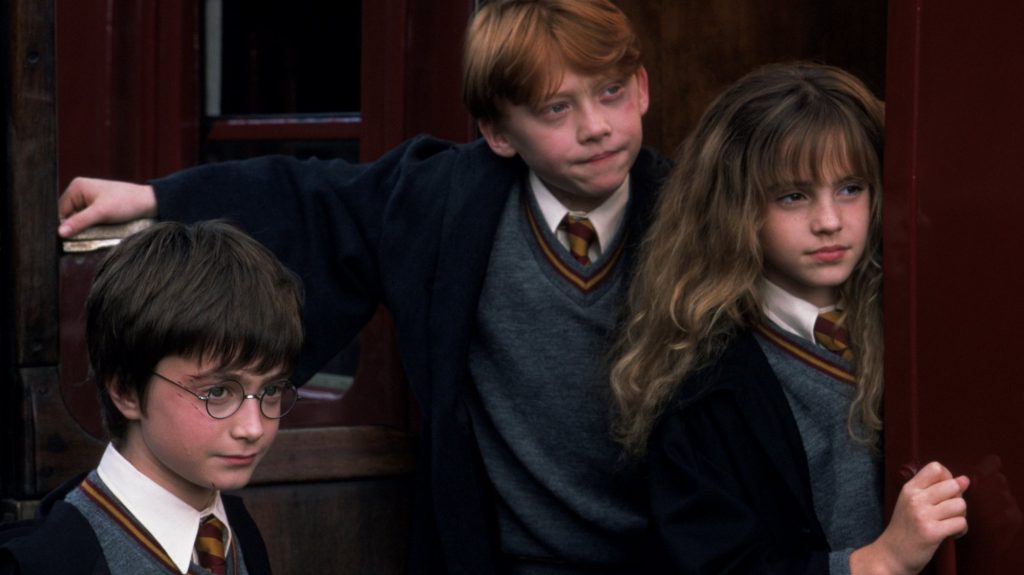 Daniel Radcliffe has denied it; Tom Felton, who played Draco Malfoy, said he wouldn’t think twice about it; and a report taken down from The Sun’s website says that it is happening in a few weeks. We are biting our fingernails.

The cast of Harry Potter will reunite for a TV special and it’s happening in a short few weeks!

“Return to Hogwarts” will air on the 1st January 2022 to mark 20 years of Harry Potter, on HBO Max (still waiting to hear when it will air in the UK).

Main cast members Daniel Radcliffe, Emma Watson and Rupert Grint as well as filmmaker Chris Columbus will star in the special feature which will include an in-depth discussion about how the iconic films that inspire muggles around the globe were created.

J.K. Rowling, will not be taking part in the television special.

The announcement of the reunion happened exactly 20 years since the US release of the first film, Harry Potter and the Philosopher’s (or Sorcerer’s) Stone.

The whole gang will be back together, Helena Bonham Carter, Robbie Coltrane, Ralph Fiennes, Gary Oldman, Imelda Staunton and Tom Felton are also set to appear.

HBO Max has released a trailer, which cast members are sharing on social media. Tom Felton who plays Draco Malfoy said “Is this what school homecoming is like?” while Matt Lewis aka Neville Longbottom said, “This New Year’s Day…we’re putting the band back together.”

Rumours are, well, rumours, but Harry Potter reunion rumours hit different. It is fun to speculate and studios might still be working their magic – pardon the pun –  on the backstage while we rip our hair out here trying to learn the truth.

Daniel Radcliffe has told Entertainment Weekly back in July while promoting season 3 of his show Miracle Workers, that there were no plans to get the cast back together.

“I’m in the Dominican Republic at the moment filming and then I’m going to be busy, kind of working on bits and pieces until the end of the year,

“So yeah, I don’t know. I’m sure there will be some sort of celebration but I don’t know if we will be getting together or anything. I’m sorry if that’s a bit of a disappointment to anyone.”

Harry Potter is one of the most successful film franchises of all time having made $7.7 billion so far. The saga revolves around Harry Potter, played by Daniel Redcliffe, an orphan who possesses special powers and is invited to attend the witchcraft school of Hogwarts where he meets his best friends, Hermione Granger and Ron Weasley played by Emma Watson and Rupert Grint respectively.

Since Radcliffe denied the plans for a reunion, however, a lot has happened. Last week, The Sun reported that a source had confirmed a Harry Potter reunion could come out as quickly as this year.

The unconfirmed report included juicy details like that Radcliffe, Watson and Grint had all been approached. It also said that there was big money involved and that it would happen at the Warner Brothers Studio Tour London in the coming weeks. It added that the reunion planned to recreate iconic scenes from the movies including boarding the Hogwarts Express on Platform 9¾ and The Yule Ball. We were all on the edge of our seats!

Many trustworthy outlets shared the story. The internet went crazy. We cried a little. It was intense.

However, the story has now been taken down by The Sun, which usually means it is unreliable. Also which made us cry a little; again.

Tom Felton, in the past, has said that he would join a reunion if invited.

“If you’re asking me will I dye my hair blonde again to be Draco, abso-bloody-lutely. Either [him or Lucius].

“Any chance to be a Malfoy again would be greatly accepted.”

Harry Potter belongs to Warner Bros who, earlier this year gathered the Friends cast for an anticipated reunion after almost 17 years.

Friends: The reunion was reported as Sky One UK’s most-watched show ever with 5.3 million people tuning in. The special was streamed by 29% of households across the US.

From that logic, it is in the interest of Warner Bros to make a reunion as there is certainly an audience for it.

Even if no trustworthy source can confirm plans for a reunion, even if Harry Potter himself denies it, our persistence could still pay in the end.