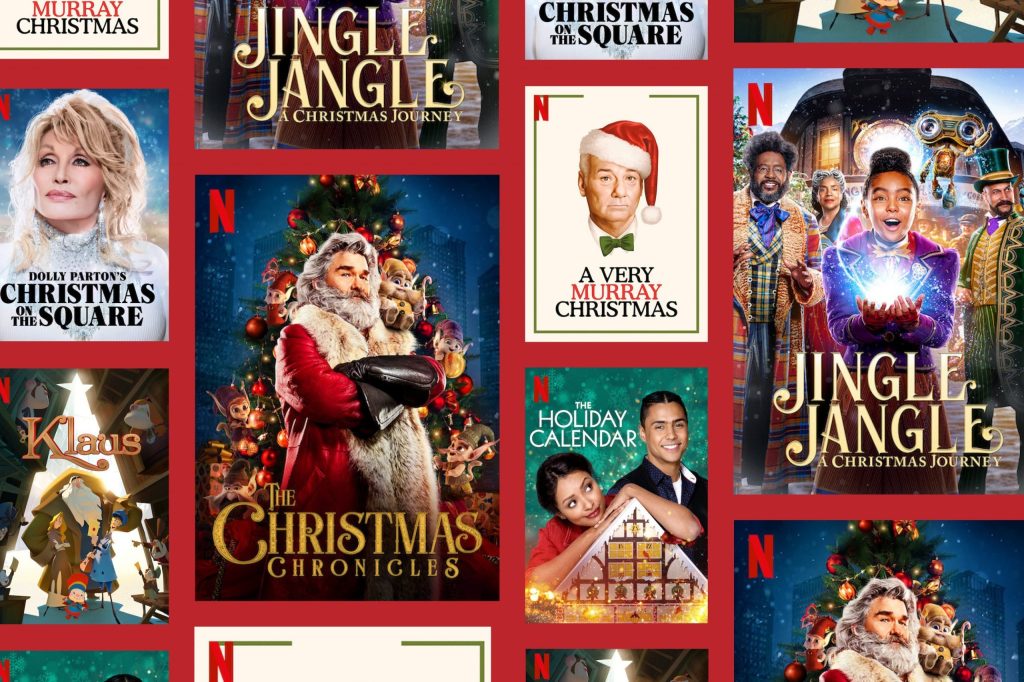 It’s finally Christmas. (well not quite). But, it is time for this years Christmas movie releases round up. Will any of these make it to you annual ‘must watch’ list?

1. A Castle For Christmas

Brook Shields plays (Sophie Brown) a best selling author who journeys to Scotland to escape a scandal. She falls in love with a castle and has to face off the grumpy duke who owns it. Complete with picturesque scenes of snowy horseback rides, tartan kilts and twinkling Christmas trees. This festive film is full of warm fuzzy feelings.

Nina Dobrev stars in this American romantic comedy directed by Hernán Jiménez. After falling in love on a dating app Natalie Bauer a hopeless romantic and eternally single LA journalist (played by Nina Dobrev) travels across America to visit her online crush for Christmas, but discovers she has been catfished.

3. A Christmas Gift From Bob

Released in the UK in 2020 this festive story has made its debut in the US this year. Based on the novel (A Gift from Bob and; The Little Book of Bob; by James Bowen) a struggling street musician finds his saving grace in the form of a tabby cat. The story unfolds as animal welfare threaten to separate the pair at Christmas.

The Christmas comedy is full of family fun with a story for children of the 80’s. Featuring a 10 year old Jake Doyle (played by Winslow Fegley) who embarks on a mission to get his hands on the latest and greatest video game for Christmas. Full of laughter this nostalgic gem is the perfect winter warmer for the whole family.

It’s Thanksgiving evening and these reluctant toy store works arrive to work ready for the Black Friday sales starting at midnight. Hordes of shoppers arrive and this twisted holiday movie takes a turn when an alien parasite adds a level of freakiness you wouldn’t expect in your average festive film. Perfect for the those who want to spice up their viewing from the standard fuzzy Crimbo movies.

Grumpy Christmas is the sequel to the Mexican family comedy (Un Padre No Tan Padre) now on Netflix. This time in this festive comedy Don Servando has to cope with his hippie son while the family head to the beach. He spends the holiday season with Aunt Alicia who becomes his new enemy.

Completing the Netflix trilogy, The Princess Switch 3 shows Queen Margaret and Stacy enlist the help of the Queens cousin Fiona all played by Vanessa Hudgens work together to retrieve the stolen star of peace from the top of the Christmas tree. This romantic comedy has spiced up the plot by introducing a heist in the kingdom of Montenaro.

9. Single All The Way

Let’s not lie, we all love a good Christmas pun. Single All The Way is a heartwarming tale of single Peter. Who in a desperate attempt to hide is perpetual single status from his family convinces best buddy Nick to pretend they are in a relationship. But things turn from “just a friend” to “complicated” very quickly.

In this origin story of Santa Clause a young boy called Nikolas sets out on a snowy adventure to the north to find his father who is on a quest to find the mythical land of the elves. Accompanied by his headstrong reindeer Blitzen and a very loyal pet mouse, Nikolas meets his destiny. For the full round up see here

11. Father Christmas Is Back

In this Yorkshire based Christmas comedy, four sisters with contrasting personalities reunite for Christmas. A stressful time for the sisters as they are reminded each year of their long lost father who disappeared Christmas Day years ago. Well guess who decided to joins the reunion this year!