The Most Anticipated Movie Releases: Coming 2023 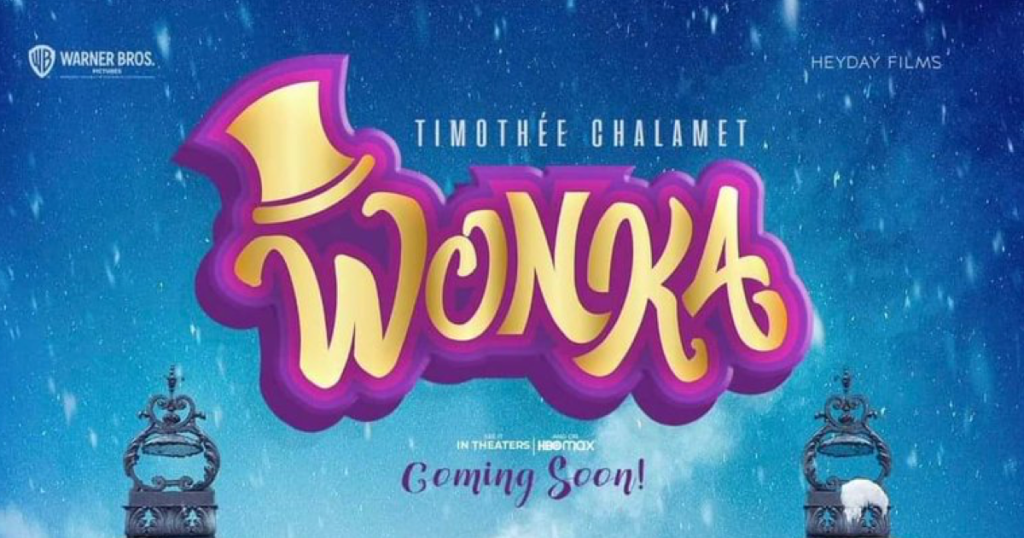 For all you film junkies out there, here is the most up to date list of movie releases for 2023. They boast a wealth of variety. From explosive action, including beloved superhero titles, terrifying horrors and even a few prequels to some of our favourite franchises. So get your calendars at the ready because we are in for a full year of greatly anticipated movies!

Some movies are yet to confirm release dates but have already teased us with a trailer like Disney’s live action reimagined version of Pinocchio staring Tom Hanks.

Babylon due for national release on January 6th 2023. After a limited Oscar friendly release due in December 2022, staring Brad Pitt, Olivia Wilde and Margot Robbie.

M3GAN, is a life-like doll programmed to emotionally interact with her newly orphaned niece, was created by a genius toy company roboticist using artificial intelligence. However, if the doll’s programming is too good, she becomes overprotective of her new buddy, which has terrifying consequences. Due to be released January 6th 2023.

Kraven The Hunter aka Sergei Kravinoff, a Russian immigrant, is on a mission to prove that he is the best hunter in the planet. His biggest achievement is to outperform Spider-Man. Due for release January 13th 2023 staring Aaron Taylor-Johnson.

The Last Voyage of the Demeter. The story of the ill-fated cargo ship chartered to transport Count Dracula to London. The upcoming horror movie is an adaptation of “The Captain’s Log”, a chapter from the 1897 novel Dracula by Bram Stoker. Release scheduled for January 27th 2023.

Knock At The Cabin: February 3rd

Knock At The Cabin is an apocalyptic horror movie written, directed and produced by M. Night Shyamalan, due for release on February 3rd 2023.

It’s All Coming Back To Me: February 10th

It’s All Coming Back To Me, is a romantic drama staring Sam Heughan and Priyanka Chopra alongside Celine Dion in the movie names after Celine’s 1996 chart topping hit single. Due for release February 10th 2023.

Ant-Man And The Wasp: Quantumania, staring Paul Rudd as the title character in this Marvel Universe production due for release on February 17th 2023.

Cocaine Bear is an upcoming American black comedy thriller film directed and co-produced by Elizabeth Banks from a screenplay by Jimmy Warden.

Still dominating the boxing world, Adonis Creed is thriving in his career and family life. When Damian, a childhood friend and former boxing prodigy resurfaces after serving time in prison, he’s eager to prove that he deserves his shot in the ring. The face-off between former friends is more than just a fight. To settle the score, Adonis must put his future on the line to battle Damian — a fighter who has nothing to lose.

Aquaman And The Lost Kingdom will be released on March 17th 2023. Staring Jason Momoa as the hero himself and of course Amber Heard will be returning to her role of Mera in Aquaman. However it has been rumoured her screen time will now be edited down to a 10 minute appearance as fans have claimed they will not watch the film after Heard has received criticism related to her trial vs ex-husband Johnny Depp.

Keanu Reeves is returning as John Wick in the fourth chapter of the franchise set to be released on March 24th 2023.

Courtney Cox is set to be returning as Gale Weathers in Scream 6 coming March 31st 2023.

Heart Of A Lion is a biographic drama of the extraordinary life of George Forman, from Olympic Gold Medalist to World Heavyweight Champion, the Rumble in the Jungle fight with Muhammad Ali in Zaire, to finding his faith, retiring, and becoming a preacher. Staring Forest Whitaker coming April 7th 2023.

R.M. Renfield is a lunatic asylum inmate who is thought to be suffering from delusions but is actually a Dracula servant. Staring Nicolas Cage this horror will be released on April 14th 2023.

The English remake of director Yeon Sang-ho’s horror hit – ‘Train to Busan’ will be called ‘The Last Train To New York‘ and will hit theatres on April 21st 2023.

Guardians Of The Galaxy Vol.3: May 5th

More adventures with Chris Pratt as Peter Quill a.k.a. Star-Lord, Gamora, Groot and Drax The Destroyer. In Guardians Of The Galaxy Vol.3 coming May 5th 2023.

The Little Mermaid: May 26th

Halle Bailey will star as Arial in Disney’s live reimagined version of The Little Mermaid. With Melissa McCarthy as Ursula the sea witch. Coming to theatres May 26th 2023.

Spider-Man Across The Spider-Verse: June 2nd

Spider-Man Across The Spider-Verse Part One. Miles Morales returns for the next chapter of the Oscar®-winning Spider-Verse saga, an epic adventure that will transport Brooklyn’s full-time, friendly neighbourhood Spider-Man across the Multiverse to team up with Gwen Stacy and a new team of Spider-People to take on a villain more powerful than anything they have ever faced. Coming June 2nd 2023.

Transformers Rise Of The Beasts

Transformers Rise Of The Beasts will take audiences on a ’90s globetrotting adventure and introduce the Maximals, Predacons, and Terrorcons to the existing battle on Earth between Autobots and Decepticons, returning to the action and spectacle that first captured moviegoers around the world 14 years ago with the original Transformers. Coming June 9th 2023.

Strays is a live action CGI hybrid about an abandoned dog, who teams up with other strays to get revenge on his former owner. Staring Will Farrell, Jamie Foxx and Isla Fisher. Due to be released June 9th 2023.

The Flash, It is thought to be based on the Flashpoint comic book storyline, in which Barry Allen (a.k.a. The Flash) awakens in an unrecognisable world. He no longer possesses superhuman speed, and the Justice League no longer exists. Staring Ben Affleck and Ezra Miller. Coming June 23rd 2023.

Indiana Jones And The Dial Of Destiny

A spin-off from Spider-Man centring around a clairvoyant mutant named Madame Web. With Dakota Johnson taking the staring role the Marvel Universe brings Madame Webb to theatres on July 7th 2023.

Barbie, coming July 21st 2023. Margot Robbie takes the leading role Barbie who lives in Barbie Land and then a story happens. Where she’s going by co-stars Ryan Gosling, Emma Mackey and Will Farrell.

The Marvels, sequel of the 2019 title ‘Captain Marvel’. We can expect to see Captain Marvel, aka Carol Danvers, is an air force pilot whose DNA has been fused with that of an alien, granting her superhuman strength and the ability to fly. Coming July 28th 2023.

Blue Beetle is an upcoming superhero film based on the same-named DC Comics superhero.  It will be released on August 18th 2023, as the fifteenth instalment in the DC Extended Universe.

Coming straight out the gate on September 1st 2023 is The Equaliser 3 with Denzel Washington bringing Robert McCall back to the big screen.

The next A Quiet Place movie ‘A Quiet World‘ will reportedly now release on September 22, 2023. It’s one of many Paramount date changes this week, as the pandemic continues to rage on.

Coming October 13th 2023 we have this horror sequel ‘The Exorcist‘ following the 1973 film about a 12-year-old girl who is possessed by a mysterious demonic entity, forcing her mother to seek the help of two priests to save her.

We can expect a similar story as a father (Leslie Odom Jr.) tracks down Chris MacNeil (Ellen Burstyn) after his child becomes possessed. Theres no coincidence that the release happens to be Friday the 13th.

One for the young of heart Paw Patrol The Mighty Movie coming October 13th 2023.

Dune 2, coming October 20th 2023. Duke Paul Atreides joins the Fremen and embarks on a spiritual and martial journey to become Muad’dib, all while attempting to prevent the terrible future he has witnessed: a Holy War in his name sweeping across the known universe.

Saw X, coming October 27th just in time for Halloween the 10th movie in the franchise will be in theatres.

Ryan Reynolds, Steve Carell and John Krasinski team up for the new movie ‘I.F‘ aka ‘Imaginary Friends‘ about how a child can see and talk to people’s imaginary friends, befriending those that have been forgotten or discarded. Some imaginary friends turn to the dark side and become evil. Coming November 17th 2023.

The Hunger Games The Ballad Of Songbirds And Snakes: November 17th 2023.

The prequel to The Hunger Games franchise, The Hunger Games The Ballad Of Songbirds And Snakes. Follows the villain of the original series, President Snow in his teen years, when he’s tasked with mentoring a tribute from District 12. Coming out November 17th 2023.

Wonka staring Timothee Chalamet, Rowan Atkinson and Olivia Colman. An origin story that explores the vivid, mythical beginnings of the imaginative young inventor and how Willy Wonka met the Oompa-Loompas before he becomes the renowned scrumdiddlyumptious Mozart of chocolate. Coming December 15th 2023.

The Tigers Apprentice – Tom Lee, a Chinese American adolescent, discovers he is descended from a long line of magical protectors known as the Guardians. Tom discovers that in order to stand a chance against the evil forces that threaten the world, he must first reunite the estranged Zodiac animal warriors as a unified team. Coming December 20th 2023.

Also being released on December 20th 2023 is ‘The Colour Purple‘ a multi-decade story about a black woman named Celie who grows up in poverty in the American South and faces harsh treatment from her stepfather, husband, and others in her life, putting her faith in God and humanity to the test.

The Most Anticipated Movie Releases: Coming 2023