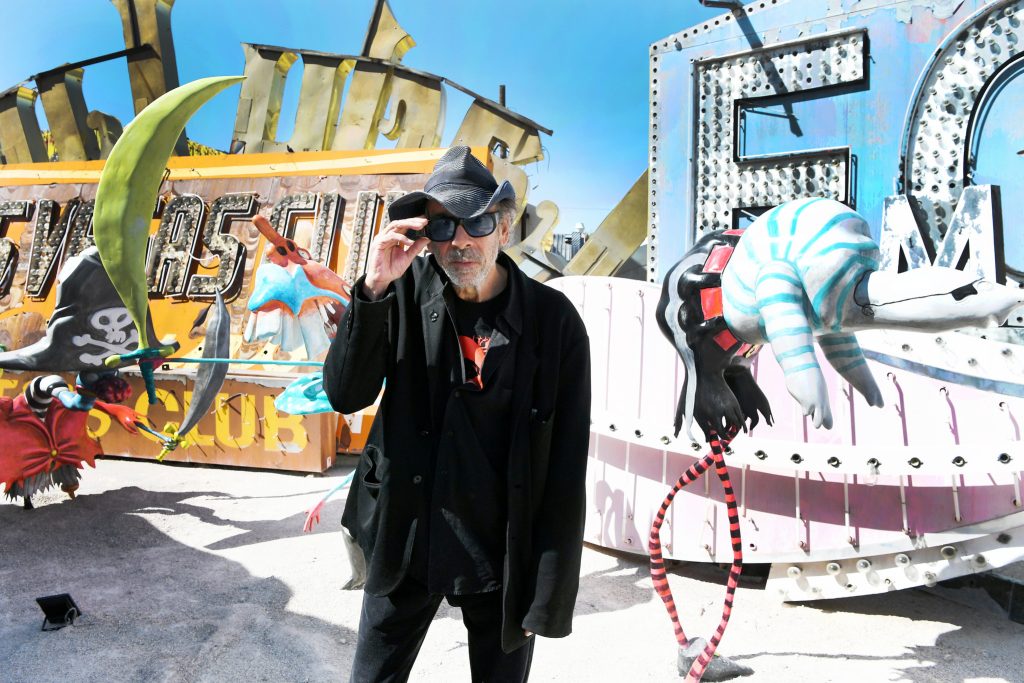 Tim Burton’s fans in the United States haven’t had such an opportunity in over a decade. Burton created original paintings for the exhibit, which was inspired by childhood recollections of trips to Vegas.

Tim Burton’s quirky and occasionally sinister treats should be familiar to Disney fans. The Nightmare Before Christmas, Frankenweenie, Alice in Wonderland, and Dumbo are among them.

They may not realise that some of Tim’s inspiration originated from trips to Vegas as a kid. Mars Attacks was filmed in Vegas (using numerous of the exhibit’s signage).

The Neon Museum in Las Vegas is the ideal location for a new Tim Burton display because of this childhood experience. The Neon Museum is home to a diverse collection of neon and other notable signage from over Vegas’ long history.

Lost Vegas is the second museum in the United States dedicated to Tim Burton in recent years. In 2009, the New York Museum of Modern Art (MoMA) staged a fanciful fantasy journey into the prolific director’s mind.

He created (and re-made) particular art for the installation for Lost Vegas. Burton’s works lurk within the museum building and judiciously strewn among the boneyard of gigantic Las Vegas signs of yore, ready to “welcome” wandering guests. Burton even designed a massive neon “scene” for the play. It includes words written by him in his own handwriting.

Unfortunately, recent events have prevented guests from partaking in this bizarrely entertaining feast of art. Thankfully, the Neon Museum’s gracious curators and tour guides recently created a couple of online video tours of the boneyard display.

Neon Museum is the perfect stay-at-home escape, with authentic Tim Burton storybook creatures, movie memorabilia, and more concealed away among the stunning signage. Due to safety regulations, the museum is currently closed. Until a live tour can be scheduled, their website offers a variety of ways to explore and a virtual tour of what’s within.

Anyone who has watched Burton’s 1996 sci-fi comedy Mars Attacks! would recognise the Neon Museum as a filming location: one segment was shot there. Now, fantastic new Burton works coexist in a context that he helped establish in film history. Many of these new pieces allude to Burton’s childhood visits to the city before he became a filmmaker. Burton’s vision jumps up, peeps through, and surprises from the outside Neon Boneyard to the visitor centre and North Gallery.

If you are a fan of movie experiences, you will love this.