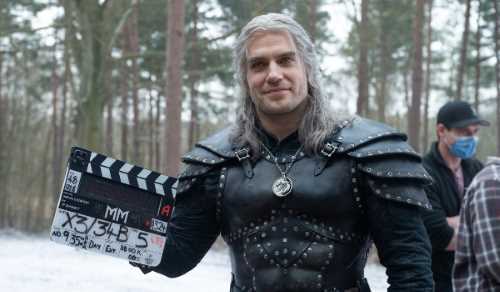 According to a new report, six actors have been added to The Witcher’s cast for Season 3. According to Redanian Intelligence (opens in new tab), new cast members include actors from Amazon Prime Video’s Carnival Row and Netflix’s 1983.

The most notable newcomer is Ryan Hayes, who is expected to play mage Artaud Terranova. Terranova is a member of the Brotherhood of Sorcerers in Andrzej Sapkowski’s books and has disagreements with Ciri. Hayes previously played Constable Thatch in Das Boot, Macbeth, and Carnival Row.

Michalina Olszanska has joined the cast in an unannounced role. He is best known for his roles in the films I, Olga Hepnarová, and The Lure, as well as the Polish Netflix series 1983. She was spotted filming with other established magical characters, so it’s possible she’ll also play a mage.

Season 3 also sees the return of Drifters’ Harvey Quinn and Seasons’ Poppy Almond as rumoured magic users. Kate Winter as Putney and Martyn Ellis as Barker round out the new cast. These characters have not yet been established in the world of The Witcher.

Henry Cavill will reprise his role as Geralt of Rivia in The Witcher Season 3. According to the official synopsis, he’ll be joined in hiding by Ciri (Freya Allan) and Yennefer (Anya Chalotra) as a “newfound family.” Yennefer will oversee Ciri’s magical training in Aretuza, but danger lurks around every corner for the trio as they enter a “battlefield of political corruption, dark magic, and treachery.” Sounds foreboding…

The new season’s release date has yet to be determined. In the meantime, read our guides to the best Netflix movies and shows to watch right now.