The Story That Inspired Chucky 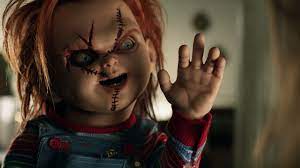 Robert the Possessed Doll
The real story that inspired Chucky

In the early 20th century in Florida, Robert Eugene Otto was given a handmade doll by a slave, who practiced witchcraft. This was not just a toy, but a doll with a life of its own, which Robert Eugene decided to name after him.

With Robert’s arrival, paranormal phenomena began to happen in the house: objects were flying and crashing against the wall and Robert Eugene would blame it on the doll, which he also said was his best friend. When Eugene grew up, he became a well-known painter; he would always paint with the company of his doll Robert, to which he attributed his talent.

When Eugene married, Robert was sent to the attic, as his wife was afraid of him, but soon Eugene advocated that he be moved to the guest room. People claimed that Robert always looked out the window from the guest room, staring at the children as they left for school. Many of the workers quit because they couldn’t bear to hear his sinister child-like laughter.

After Eugene died, Robert was passed into the hands of the new owners of the house, who had a 10-year-old daughter. The little girl claims that Robert tried to kill her and locked the door so that her parents could not help her.

Robert currently lives in a museum in Key West, Florida. Anyone who wants a picture with him has to ask for his permission first, otherwise, the consequences could be serious.

The Story That Inspired Chucky