The Story Of Pennywise 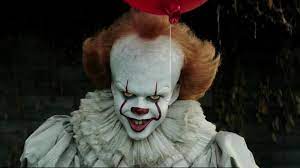 Pogo “The Killer Clown”
The true story of “Pennywise”

After having a difficult childhood in which his alcoholic father beat him constantly, been sexually abused by a family friend, John Wayne Gacy outgrew his dark past becoming what seemed to be an exemplary citizen. He had a managerial position, he was married, he loved to participate in social projects, and he was also the clown “Pogo”, a well-known character in Illinois, who attended parades and children’s parties. What people didn’t know was that behind that kind smile was nothing good, but perversion and evil.

Between 1972 and 1978, Wayne Gacy sexually abused and killed 33 attractive young men between the ages of 14 and 21. Pogo usually tied up his victims, tortured them, sexually sodomized them, and finally strangled them to death; 29 of the victims were buried in their own home and the other 4 were thrown into a river.

In 1994 Pogo was sentenced to death by lethal injection, John Gacy died without showing any remorse, his last words were: “Killing me won’t bring back any of the victims. The State is killing me! Kiss my c#[email protected]! You will never know where the others are!”

Tragedy and abomination were not his only legacy, his oil paintings of clowns are now recognized around the world.

There are many scary clowns created by the entertainment industry that have been inspired by “Pogo”, such as the clown that terrorized the AHS Freak Show “Twisty” and even in the same series but in the Hotel season, the character of the same “John Wayne Gacy” appears in the chapter “The Night of the Devil”, and although this killer was not the main inspiration to create the most terrifying clown in cinema, there were details that were taken from Pogo to complement the character of “Pennywise”

The Story Of Pennywise