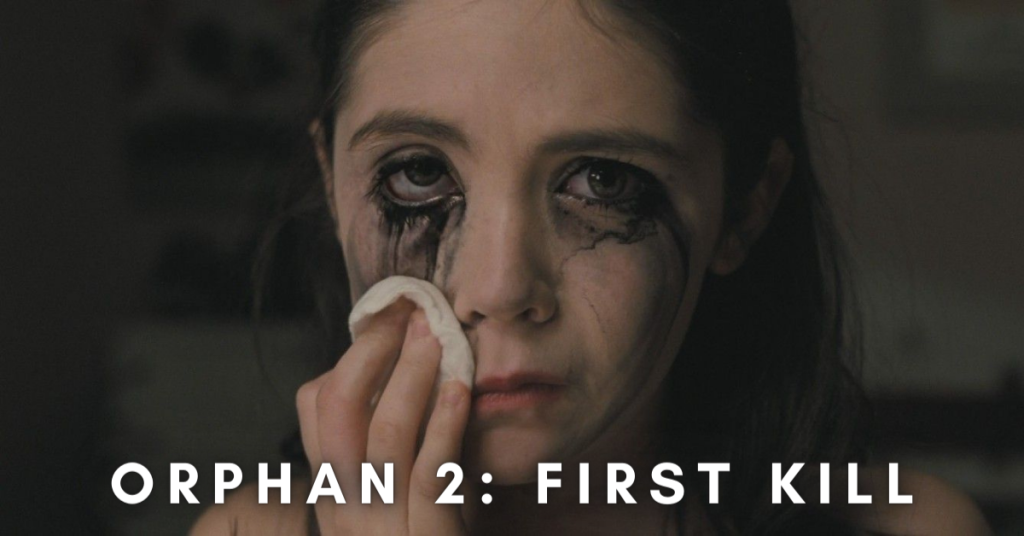 Everything We Know So Far

Esther is back in the first look at horror prequel Orphan: First Kill.

Our first look at the upcoming horror prequel Orphan: First Kill, confirms Esther is back. Actress Isabelle Fuhrman will once again play the Esther as an adult killer disguising themselves as a child in the role she previously played all the way back in 2009. The first look photograph, which was made public thanks to social media, shows what Fuhrman will look like as the character after all these years, as Orphan: First Kill investigates the killer’s early years of hypopituitarism.

Isabelle Fuhrman will play Esther in Orphan: First Kill; however, she is now going by the name Leena Klammer. The tragedy starts when she masterfully escapes from an Estonian mental hospital and enters America by pretending to be Katie Mauerova, the lost daughter of affluent couple Richard and Katie Mauerova.

But an unexpected twist enters Leena’s new existence when Katie starts to doubt that she is her daughter. Richard disagrees, thinking that his wife is paranoid and having hallucinations. Leena makes an attempt to separate them, which causes a lot of issues and pits her against a mother who will do anything to keep her family safe.

When Isabelle Fuhrman first played Esther in the 2009 film Orphan, she was only 12 years old. In Orphan: First Kill, the actress, who is now 25 years old, will once more take on the role of the adult killer who poses as a child. But how can the film, despite being a prequel, persuade viewers that she is about the same age she was in the past?

Director William Brent Bell has since given some explanation as to how the film intends to bring Esther back after all these years, saying, “For me it’s like, we know the secret of the first film, so the fun of bringing Isabelle Fuhrman back into the role – which was a whole process to get approved – that is a challenge in and of itself.”

A little CGI will be used in the process of bringing Esther back; instead, “old school techniques” will be used to convincingly change Fuhrman into someone who is older than herself but is claiming to be much younger. Definitely not a simple task. “And similarly, refraining from using contemporary CGI—”I mean, we use digital and CGI to assist us, but not to build her in any way,” the director continued. The lighting placement, camera angles, and forced perspective are all examples of outdated approaches.”

“There’s never been an adult actress who reprised a role she played as child,” she explained. “And that was exceptionally difficult and really fun to do, because when I was a kid and I played Esther, I was constantly playing a 33-year-old hiding herself as a kid while I was also 10, and this time, it was like, ‘here’s a little weight off my shoulders,’ since I just have to pretend I’m 10, because I’m already an adult.”

The previous release was scheduled for 28th January 2022, with delays in production the film is yet to confirm an official release date however they predict it will still release this year, so fingers crossed!