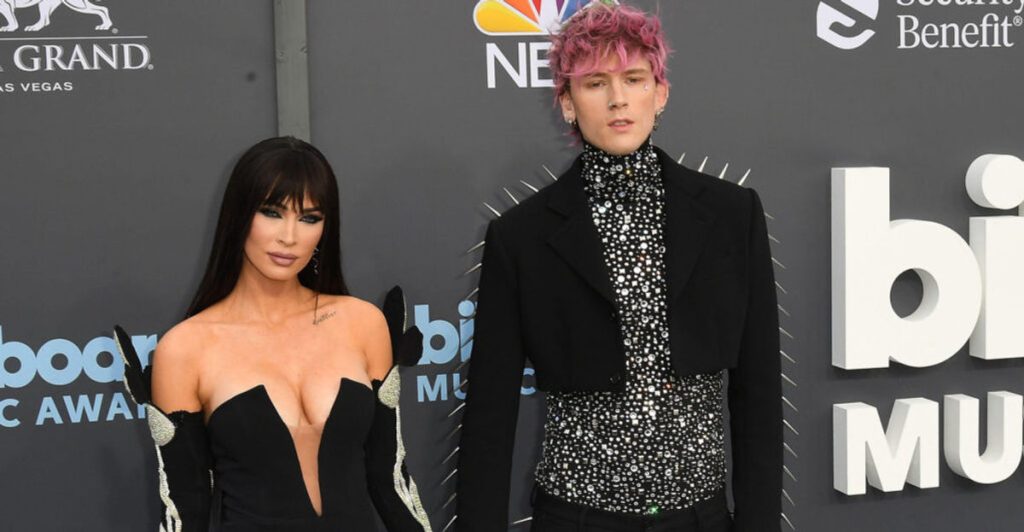 For their Halloween costumes, Megan Fox and Machine Gun Kelly have once again drawn criticism.

The devoted celebrity pair is no stranger to divisive fashion choices.

Their most recent attire, which was inspired by the Roman Catholic church, has drawn the ire of many followers who claim it is “disrespectful.”

Fox and MGK, real name Colson Baker, posted a lewd photo of themselves on Instagram showing off their costumes. While his actor fiancée wore latex underwear, fishnet stockings, and a chain leash, MGK wore black and red priest’s robes.

She can be seen bending over as MGK hands her a communion wafer in the photo, which Fox captioned. ” On Sunday we take communion.” MGK shared the post captioning it: “God Bless You”

It didn’t take long before the clothes started receiving harsh criticism in the comments area from those who thought they were completely inappropriate. Here is some of the responses below.

The couple has received criticism for their Halloween costumes before.

After dissing them for “romanticising” a “toxic” relationship, they went as Pamela Anderson and Tommy Lee for Halloween.

After one of their sex recordings was taken and disseminated by an electrician in 1996, Anderson and Lee’s relationship suffered, and Lee was arrested after a physical struggle with Anderson. According to a 1998 LA Times article, Lee was given a six-month jail term for hitting his then-wife Anderson.