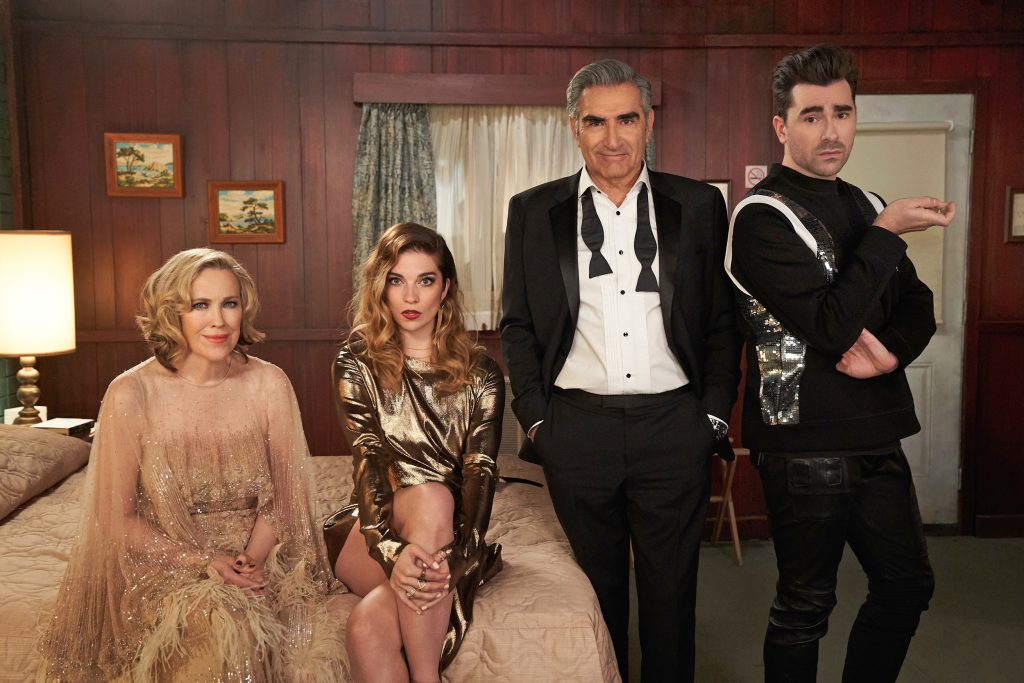 Dan Levy, star of Schitt’s Creek, has spoken out about the possibility of a cinematic spin-off.

After six seasons, the sleeper smash sitcom ended in 2020, with Levy listed as not just co-creator, but also performer (as David Rose), producer, and part-time director.

The plot follows the Rose family when their riches vanishes, including his father Eugene (American Pie) and Catherine O’Hara (Home Alone) in the cast.

In a recent interview with People, Levy remarked of a future return to the Schitt’s Creek universe: “My goal is that we will all be able to come together one day. I see these people on a regular basis. We’re always in touch with one another. As a result, there is love. The drive to collaborate is strong, as is the desire to tell new stories.

“It just comes down to making sure you’re telling the appropriate tale. I believe we are also proud of our work on Schitt’s. And when you finish on such a high note, it causes you to consider your following steps very carefully.

“Because whatever it is, it is an extension of something that the vast majority of people do not have or see in their lives. And I have a lot of respect for the audience in that situation.”

“I think when you have an audience that’s paid attention to you for 80 episodes of a television show, the last thing you want to do is put anything out that makes them think this feels like a cash grab,” the star stated, elaborating on the show’s popularity.

“But that’s not what we’re here for.” So it’s TBD, but an exclamation mark at the end.”

Levy expressed similar sentiments about a year ago, stating that he is “still hunting” for the proper idea.