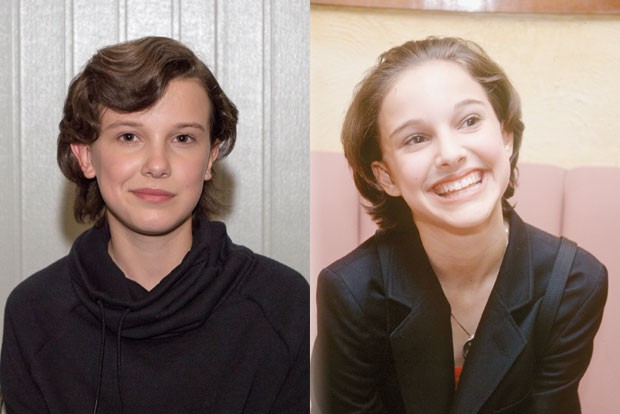 Millie Bobby Brown is Natalie Portman’s doppelgänger, despite the fact that they are not related. The internet revealed that the two seem eerily similar in practically every photo. Millie has expressed interest in playing a younger version of Princess Leia, which seems like a natural fit given Natalie’s role as Leia’s mother Padmé Amidala in Star Wars.

Natalie Portman wants Millie Bobby Brown to know she’s her own person, despite the constant conjecture from admirers who love to obsess over a particularly jaw-dropping celebrity doppelgänger (honestly, who doesn’t?). In fact, she is her own “magical” individual. Portman sat down with MTV News Tuesday night, Feb. 20, for a quick on-camera interview, part of which addressed the recent excitement about her and Brown’s startling likeness, in response to the fan craze that has nicknamed the 14-year-old Stranger Things actress her “mini me.” And, for the record, Portman was fairly explicit about her feelings regarding the comparison: She appreciates the compliment, but she doesn’t want Brown to live in her shadow.

The 36-year-old Annihilation star provided her two cents on the recent wave of fan-fueled craze that dubbed Brown a bonafide Portman lookalike during her MTV News interview, which the outlet tweeted later Tuesday night. (Although it is a younger version.) After all, they do have 22 years between them.) While Portman has undoubtedly contributed to the doppelgänger craze — most recently, during a Saturday Night Live sketch in which she played a mimicked version of Brown’s Stranger Things character, Eleven — she avoided the jokes during her MTV interview, opting for a more honest approach.