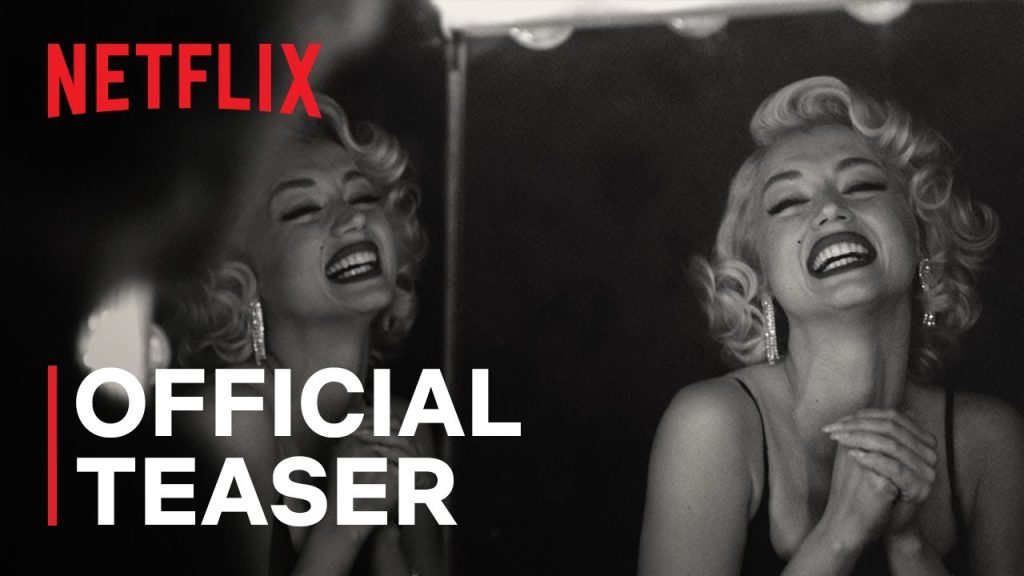 Only on Netflix, Ana de Armas plays Marilyn Monroe in Blonde. Directed by Andrew Dominik and based on Joyce Carol Oates’ classic novel, Blonde boldly reimagines the tangled life of icon Marilyn Monroe. The film elegantly explores the tension between her public and private lives, blurring the lines between fact and fantasy.

Here is our first look at the teaser trailer, the resemblance is uncanny! Blonde premieres globally on Netflix September 23rd 2022 and we can’t wait! Re-creating Monroe’s signature look required de Armas to spend nearly three hours in hair and makeup each morning. Still, physical resemblance isn’t the only way Blonde pays tribute to the late star. Fans will certainly catch some Marilyn Monroe Easter eggs peppered throughout the film’s new teaser, which you can watch below.

As seen in the stunning trailer above, Ana de Armas has transformed in Blonde, transitioning from ordinary Norma Jeane Baker to golden superstar Marilyn Monroe. You might think you know the story of Marilyn Monroe, but Andrew Dominick’s new film, adapted from Joyce Carol Oates’ fictional retelling of the same name from 2000, peels back the layers to reveal the vulnerable woman behind the Hollywood star.