The Weirdest Top Trumps You Can Actually Buy 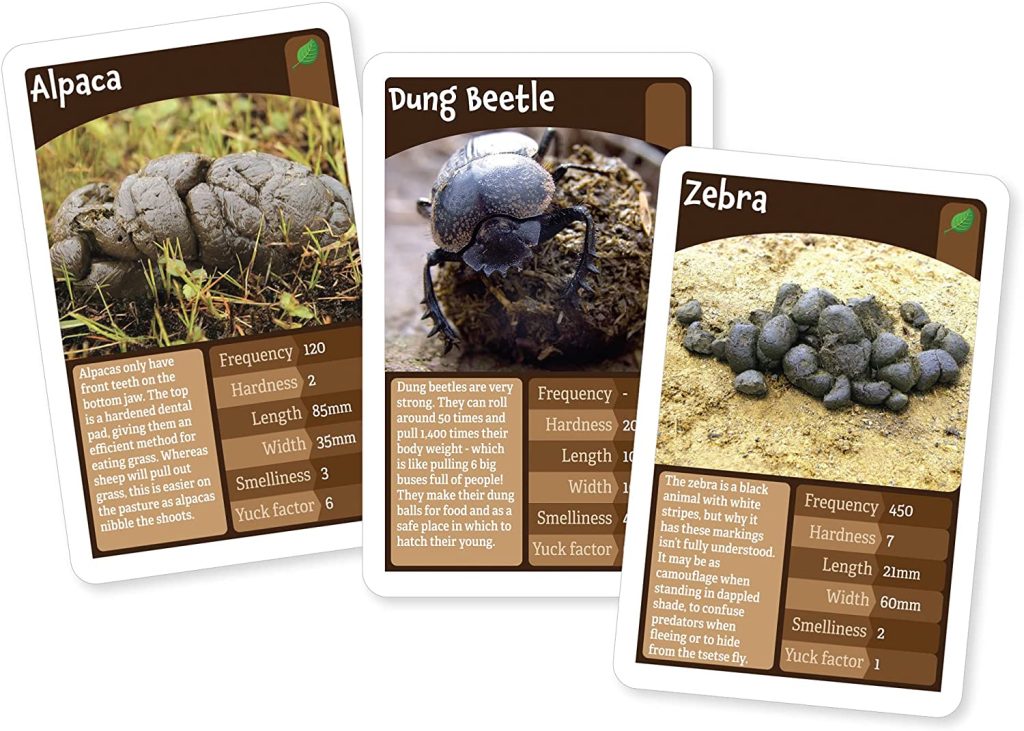 Top Trumps used to rule the world, but lately we’ve seen a sad lack of them. If anything though, the selection of themes you can buy is actually bigger than ever. We’ve rounded up some of the most random ones we could find, that may just tempt you to purchase out of sheer bizarreness.

No, we’re not talking about your smelly family members. This set of cards revolves around the aromas that animals can produce, and by the sound of it, they’re pretty bad. This version is great for a family game, as it’ll help kids learn facts about wildlife, whilst also having a good old giggle.

Top Trumps usually come in fun and lighthearted categories, but not this pack, which contains actual murderers. We’ve all got a friend obsessed with serial killer documentaries and podcasts (if not then you’re definitely that friend), so why not treat them to a game where they can compete to find the criminal who’s killed the most people, or took the longest to be caught. Sounds like fun!

If you don’t fancy your luck with serial killers, why not ramp up the action and play a game about terrible rulers instead? The horrific events caused by these guys had death tolls in the millions, making for an even more intense game, as you also compare their invasions and wealth. Perfect for the history nerd with a slightly sadistic side.

Another animal based pack, however this time a little more gross. You guessed it – Plop Trumps is indeed a game of comparing the stench, size and texture of animal faeces. You’ll be pleased to hear that this game isn’t afraid to be graphic, as there are beautiful images of each poop for you to see for yourself. Luckily the cards aren’t scented, so you’ll have to leave the smell up to your imagination.

Obviously, the world hasn’t had enough talk about deadly diseases lately, so these cards are very necessary…or not. Seriously though, they may be good as a reminder of how bad our ancestors had it, without the modern technology to protect safety and produce vaccines. When looking at the plague and syphilis, you may realise you didn’t have it too bad with Covid. Either way, it’s surprising how competitive you can get over mortality rates!

For the royalist in your life. Of all possible subjects, we never expected to see an official pack of Top Trumps centred just around The Queen. What’s weird is that she’s competing with herself in every round; it’s not even like she’s up against other Royal family members. But if you fancy comparing Lizzie’s best moments, on account of her “Endurance” and “Uniting the Nation” scores, be our guest. After all, with Top Trumps, the sillier the better, especially when they’re intended to be taken seriously like these ones.

Ever fancied comparing all the weirdly hot British celebs? Then it’s your lucky day. From Louis Theroux to Alan Tichmarsh, this set of Top Trumps has everyone you could possibly think of. Whether you have a crush on them all or not may be a different story – we’d hope there’s at least a few you’d say no to!

Drag queens are great – there’s no denying that – but when you think of them, Top Trumps don’t usually spring to mind. The biggest fans of Drag Race will be elated to hear that you can now battle it out in the ultimate version of All Stars, by comparing queens on account of their Charisma, Uniqueness, Nerve and Talent. Who will be the ultimate winner? That’s for you to find out.

The Weirdest Top Trumps You Can Actually Buy