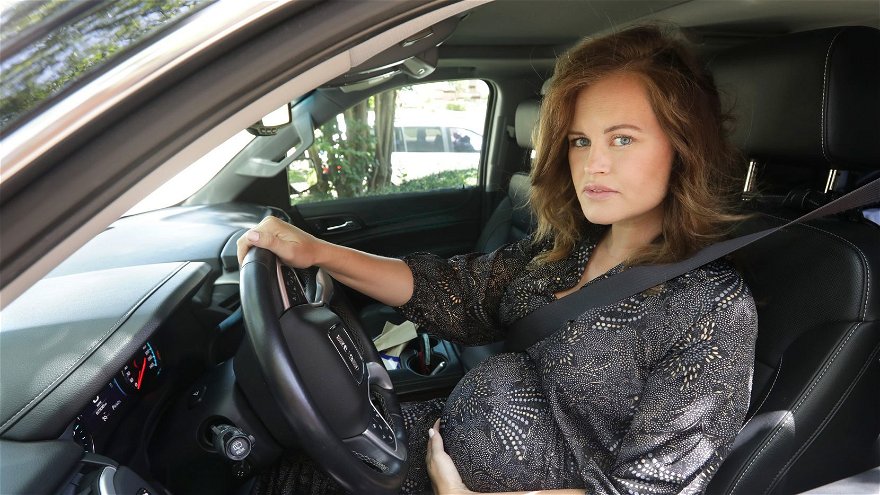 After receiving a $275 traffic ticket, a pregnant woman in Texas turned the tables on anti-abortion lawmakers.

According to The New York Post, Brandy Bottone of Plano, Texas, was stopped at a sheriff’s checkpoint targeting high-occupancy vehicle lane (HOV) aka Carpool violators.

To be legally accepted in the lanes, at least one passenger in the car accompanying the driver is required by law.

Bottone claims she was driving down Central Expressway near the I-635 exit when she was stopped by an officer.

“‘Well, where’s the other person?’ he asked. And I said, ‘right here,'” indicating her stomach” the expecting mother added.

Despite the fact that she was 34 weeks pregnant at the time of the stop, the officer informed her that her unborn child did not count as a passenger.

Bottone stated in response to the Supreme Court’s recent decision to overturn the 1973 Roe v. Wade decision, which allows many states, including Texas, to enact more restrictive abortion laws:

“And then I said, ‘Well [I’m] not trying to throw a political mix here, but with everything going on [with Roe v. Wade], this counts as a baby.'”

“He was like, ‘I don’t want to deal with this.’ He said, ‘Ma’am, it means two persons outside of the body.’ He waved me on to the next cop who gave me a citation and said, ‘If you fight it, it will most likely get dropped,'” Bottone told The Dallas Morning News.

Despite her best efforts, she was hit with a $275 ticket – a fine she now plans to fight in court.