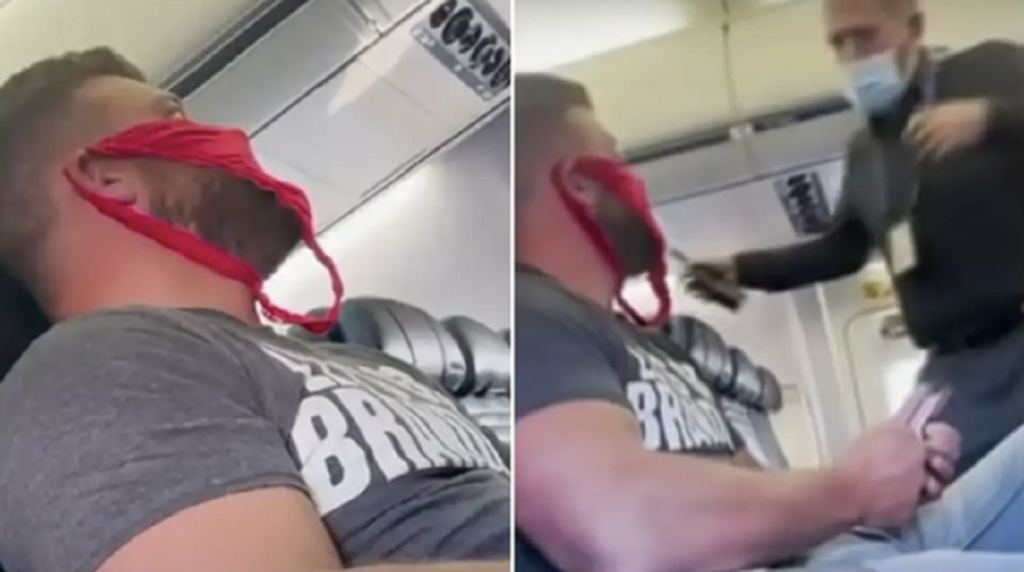 A spectre is haunting the sunshine state and it’s the spectre of Florida Man and its crazy behaviour.

Only the weirdest state in America could produce Florida Man. A frequent news item, Florida Man has also become a Twitter account with nearly a million followers and, more importantly, a source of entertainment for all of us.

We love Florida Man’s antics – remember when he threw an alligator through a Wendy’s drive-through window? – but we also wonder what makes Florida Man act so erratically. As a matter of fact, even Florida Man himself wonders about his origin story as his Twitter account says:

“The new Florida Man account: A man of mystery and power, whose power is exceeded only by his mystery. Recommended by 4 out of 5 people who recommend things.”

The answer to your “whys” is basically that there are too many people in that state according to journalist and native Floridian, Craig Pittman who wrote Oh, Florida! How America’s Weirdest State Influences the Rest of the Country.

Here are the best Florida Man story news we could find for you.

Police officer Tim McCormick made the claim in a Facebook post shared more than 20,000 times: “I was the officer who was served a burger at Burger King at 4004 Cleveland Avenue in Ft. Myers with dirt in it,” McCormick wrote. “At first I thought it was just burned old bacon, I was hungry and ate the burger, at the last bite I saw dirt and grit on the burger. In disgust, I threw it out of the window.”

The franchise that operates Burger King, Quality Dining Inc., quickly responded: “This has my full and undivided attention,” said the company’s CEO and chairman Dan Fitzpatrick.

Fitzpatrick asked the Fort Myers Police Department to review surveillance video of the kitchen the day the officer received his meal. They later determined nothing inappropriate happened to the food. According to the News Press, the Florida police officer is now walking back on his claims.

A Florida resident refused to wear the appropriate mask at a flight which meant that he was breaking federal mandate. In a video that went viral, he claims to have the same civil rights as historical activist Rosa Parks who famously refused to move from her seat for a white passenger on a bus in 1955. Watch the video:

The 600-pound victim/camel lives behind an Iberville Parish truck stop and was bitten in the genitalia after it sat on the woman. Reports have said that Gloria Lancaster, 68, bit the camel when it sit on her and her husband, Edmond Lancaster, 73. The woman and husband are said to have entered the camel’s enclosure to retrieve a deaf dog. The couple said it’s the camel fault for attacking the dog who did not provoke but the sheriff’s office said the couple and their pooch invaded the camel’s “personal space” last Wednesday — Hump Day — by shoving it and swatting at it.

Iberville officials had said that the Lancasters, of Milton, Florida, told investigators the woman had to bite the animal’s testicles to get it to stand up. “Edmond stated that his wife bit the camels (sic) private parts in desperation to get the camel off of her as it bit him on the left elbow,” an affidavit said. “After the camel stood up his wife was able to get free, grab their small dog and get back outside of the fenced-in barbed wire fence.” The deputies said the camel did not harm Edmond Lancaster. “The injury to Edmond is consistent with crawling under the barbwire fence, not with being bitten by the camel,” the affidavit says. Security video footage did not match the Lancasters’ account.

Former Frank Pascuzzi, 63 – currently Santa Claus –  who is actually from New York’s Long Island has lost weight and changed his name to have people see him as he always saw himself. The man who used to weigh 420 pounds has said that he always held himself to a high standard of kindness, but commuters on the Long Island Rail Road were afraid to sit next to him years ago.

“There’s a lot of evil garbage that goes on in everyday life,” he said. “I wanted to be better than that. By changing my hair color and name, I’m in the public eye as Santa. It’s almost impossible not to be the better person I want to be.”

The judge who approved his name change in 2012 stepped down from the bench and gave him a hug.